WELCOME TO THE WORLD APOSTOLATE OF FATIMA CAMEROON

The First National Council meeting of WAF Cameroon for the year 2013 took place in Bamenda the National Center for WAF Cameroon on Saturday the 2nd of February 2013. The meeting brought together delegates from seven Dioceses in Cameroon who converged to evaluate the activities of the Apostolate for 2012 and to plan for the 2013.

The President Mrs Yong Ruphina in her opening address welcomed back the national Chaplain Fr. Roland Berngeh and the ex-officio Mr. Polycarp  Lomah who travelled to Fatima last November for the international general assembly of WAF.

Fr. Roland on his part thanked the council members for their collaboration and hard work which has made WAF Cameroon to grow from strength to strength. He also thanked them for their own financial support that made the Trip to Fatima successful. He didn't stop thanking Switzerland for the huge financial support they gave to Cameroon by providing air tickets for the delegates from Cameroon for the general assembly.

Highlights of the meeting was a report on the trip to Fatima, that  was presented by Mr Polycarp Lomah who also announced the good news that WAF Cameroon now has a web site thanks to Dr. Celcio Dias, the International Secretary from India. Delegates received this news with a lot of excitement and the National President thanked Dr. Celcio and prayed for Blessings on him and the international President Prof. Americo Lopez, for their love and concern for the growth of WAF Cameroon. There were also   reports from the various Dioceses, planning for this year's Diocesan congresses and for the national congress of 2014.
Plans for fund raising towards the building of the National Center of WAF in Bamenda was made and the different Dioceses promised to raise substantial amounts this year during their different congresses. The national promoter was to organize a workshop for the training of promoters for the Apostolate. These promoters shall help in spreading the message in new Dioceses where WAF is not yet existing. The ex-officio, Mr Polycarp will have to move to the different Dioceses during their Congresses to present detail reports on the General Assembly in Fatima last November. The meeting ended at 4:OO PM with group photographs and entertainment. The next Council meeting shall be held in October 2013. 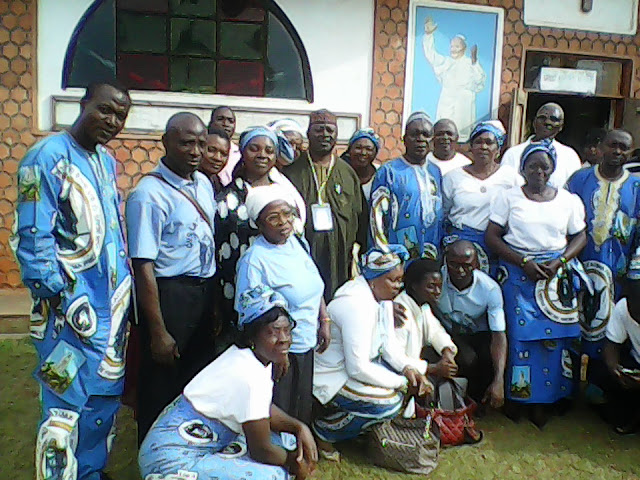 Group photo at the end 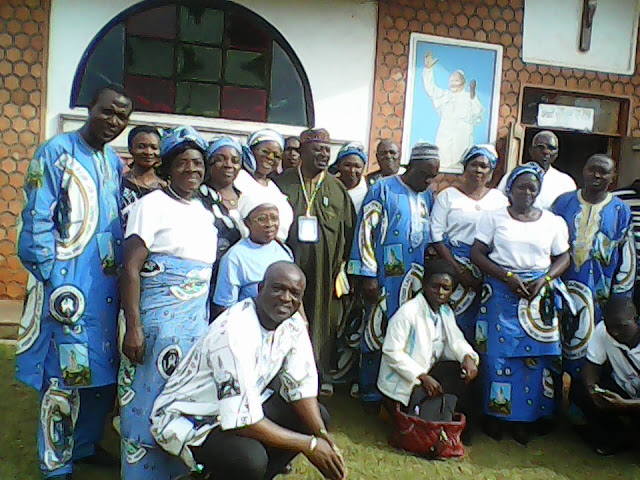 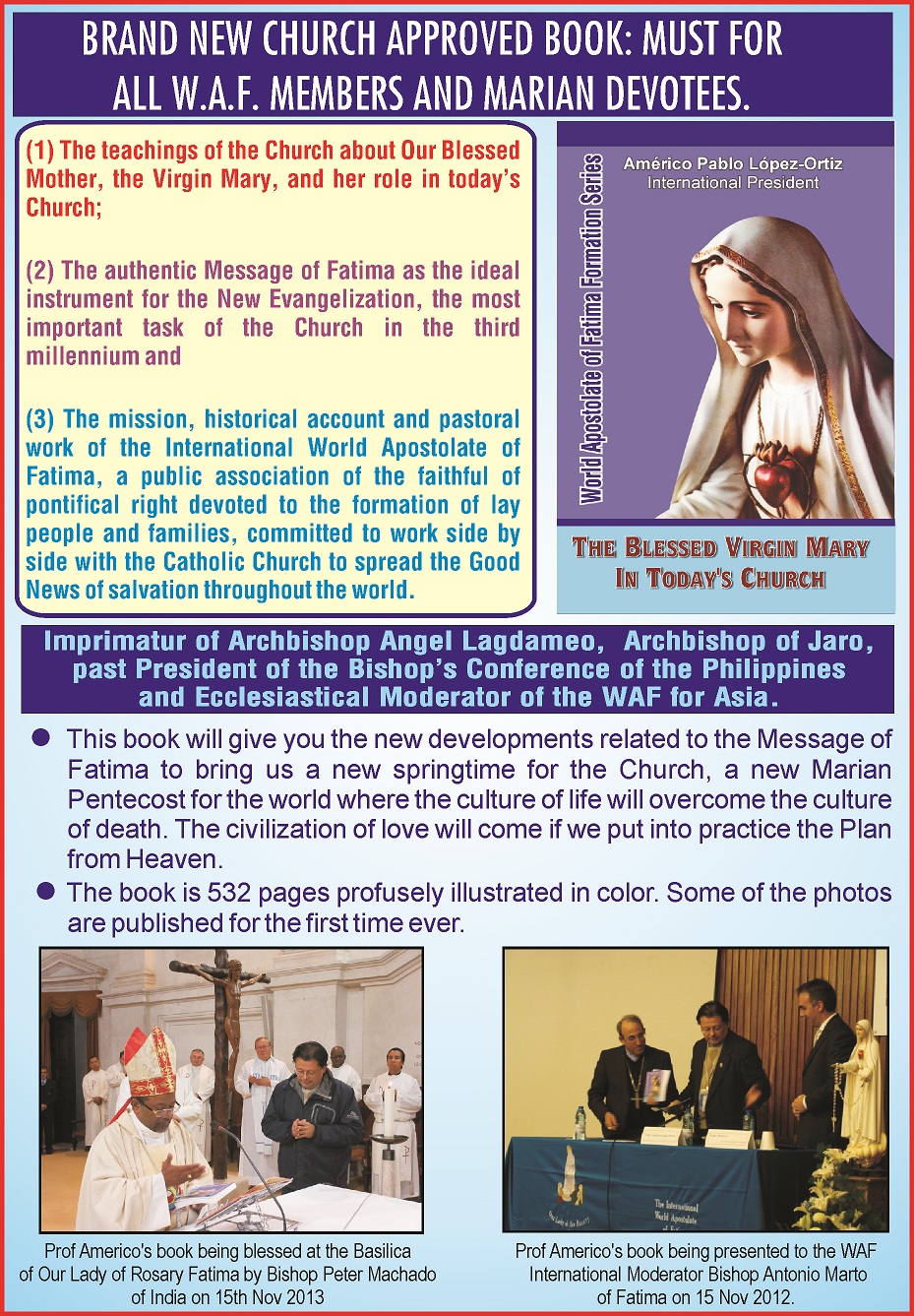 BRAND NEW FORMATION BOOK: must for all WAF members and Marian devotees, Contact celciodias85@yahoo.in OR info@worldfatima.com 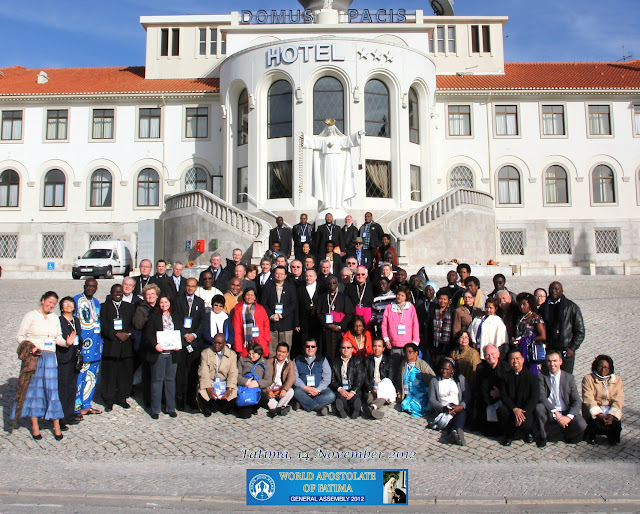 The ‘World Apostolate of Fatima’ met in general session in Fatima, Portugal, from the 11th to the 17th of November 2012. This was the first ever general assembly since the permanent approval of the organization as an international public association of Pontifical Right, granted on October 7th 2010, Feast of Our Lady of the Rosary. The gathering was dedicated to the memory and spiritual legacy of Sister Lucia of Jesus and the Immaculate Heart of Mary, one of the three seers of Fatima. The event hosted representatives from twenty-four nations from all over the world, in a total of ninety-five participants, including bishops, priests, deacon and dedicated lay men and women devoted to Our Lady and to the spreading of the message of Fatima......

(PLEASE BEAR WITH US, STILL UNDER CONSTRUCTION)

CONTACT: info@worldfatima.com
Posted by Our Lady of Fatima at 04:49 No comments: